It seems appropriate, standing here in Houston, binge watching the news, that it is raining. Because, I’m sad.

As a younger man from when my thick hair was naturally dark brown, I lived in Orlando for a decade of my life. I managed the state for a large medical malpractice insurance carrier. I have been in almost every ‘nook and cranny’ in Florida. I do love Florida, almost as much as I love Kentucky.

I met my wife in Winter Park, at Dexter’s, not far from downtown Orlando, it was a blind date. I was a rather driven character, so was she. We still are. We have many happy memories from our time in Orlando.

We would both tell you, if you get away from the ‘attractions’, we think you’ll find Orlando really is ‘The City Beautiful’. It is a lovely town, full of palm trees, terrible traffic, and lots, and lots of wonderful human beings. Human beings with hopes and dreams who might happen to be living an ‘alternative lifestyle’. I think that’s an absurd characterization, alternative to what?

The one thing I’m thinking about, right now, the singular word, is ‘tolerance’. My wife taught me about – ‘tolerance’. I had to open my eyes in my own terms, but perhaps I can express it with my words. The words that I was afraid to share as an isolated young man, alone, living in College Park trying to portray the important Mister Business Man character.

The fact is my wife encouraged me to start sharing my thoughts, my stories, my poems, while we lived in Orlando. And then, to accept fate. In part, from my writing, I learned not to be so judgmental.

One thing I have learned along the way, if another human being has a different lifestyle, a different ‘view’ from mine, I am not going to catch their ‘view’ like you catch the flu. It does not make them special, it merely makes them human. I think God loves us all, equally.

Appreciating another persons talents – artistic or other, makes me authentic. I realize how foolish and stupid I have been to stereotype anyone.

I’ll admit it, I took my wife to Kinky Boots. Pre-Show, I made some manly jokes to keep my straight-guy license, but in truth, it was and is, a terrific show. I cried during part of the show. It’s essentially about the relationship between a father and a son. It touched a raw nerve in me. But, I would go watch it again. It occurred to me then, and now, it takes courage to accept who you are, and let the world know your shoe preference. I wrote about socks.

After my first novel was published, Bobby’s Socks, I was terrified. It was and is the reason I use a nom de plume. Why? Because it was a story about child sex abuse and suicide. A story that talks about the difference between peadophilia and homosexuality.

After it was published, what response did I get from my friends? My clients?

I think that was God’s inspired response. It changed my life. I’m free.

If anyone has read my second novel, Fishing for Light, they’ll appreciate the character, Charlene Turnbull, better known as the former Charles Turnbull, married, father of two, and Tennessee lottery winner. And by the way, I wrote it before Bruce became Caitlyn. (But there are some odd similarities.)

Yep, I like to write about things that bother me, or things that I don’t fully understand. By writing, by expressing a point of view, a window for understanding opens for me. I write for me. To use a fancy word, it is cathartic – for me. Perhaps my words are cathartic for you?

So I’m standing here writing out my thoughts, trying to understand what happened in O-Town, The City Beautiful.

I do know one truth, It has zero to do with God.

To be clear, I do not claim to understand the mind of God. My brain is not big enough for that task, but it seems to me, as a flawed human being, humbled many times in life, that we tend to put God in our own square box so we can control – God, and by extension, so we can control our own destiny.

I think that notion causes Devine Providence to shrug. Perhaps, that is the lesson we all need to learn.

I am not the same young man that left Lexington, Kentucky many, many years ago. I have changed a great deal because I’ve seen much of the world. I’m not afraid anymore. And I have learned the best lesson that I would share with anyone – I don’t care what anyone thinks about me.

These days, my wife and her friends could have convinced me to go dance at a ‘gay club’. I’m not much of a dancer, I lack that groove. I’m a heavy footed white dude. But, I could have easily have been standing in a club in Orlando, or New York, or Houston, or anywhere, quite entertained, watching all the colorful personalities, thinking – “that guy would be a terrific character for my next story”. But then cruel fate might intervene.

The reason I believe in a higher-power is because I believe there is evil in this world, in the universe. Pick your own noun, the devil, lucifer, beelzebub. A pure evil that is darker than the blackest night, a dead void – a black hole, that lacks compassion, that lacks understanding. A sinister element that deceives the truth from the light with the whisper that they have control over what cannot be controlled. God.

But, in the end, I am left with the hopeful notion that even within the darkest reaches of space, there is enough timeless light sparked before man appeared on earth to help navigate us along our chosen journey. I think that is where God’s pure love waits for us, within us.

All I can do is express a simple prayer for peace and understanding for my former city, Orlando, The City Beautiful. 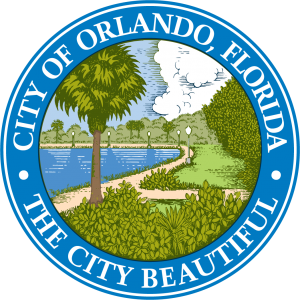